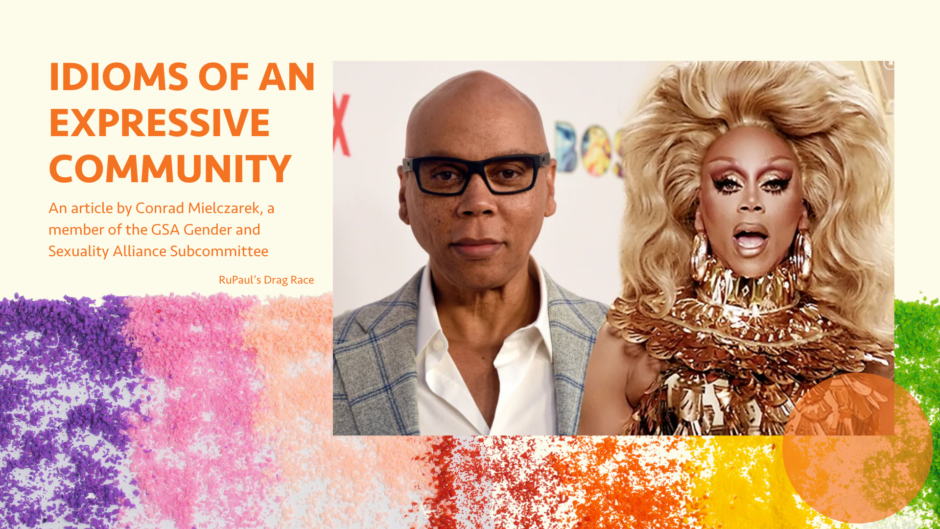 An article by Conrad Mielczarek, a member of the GSA Gender and Sexuality Alliance Subcommittee

Disclaimer: I am writing this post to share some history on queer language that I learned about recently. I am a cisgender heterosexual male who wants to expand his perspective, open his mind, and learn about the long arduous history of 2SLGBTQIAP+ rights and lifestyle. I want this post to inspire people to have dialogues with themselves about issues that have plagued our society and how this community has overcome unbelievable adversity.

Think back to the past week or even a couple of days ago. Have you heard someone spill tea or throw shade? How about someone telling you that something had them gagging? Perhaps if you were really lucky, someone told you to slay.

What’s in a language? I’ll tell you, it has come a long way from the vocalizations of early humans, alerting their families and friends of danger and food. Even across one’s lifetime, evolution of language and life aspects is evident. In the age of the internet, communication and information exchange evolve rapidly, leading to some of the liveliest language we’ve ever seen. Though, does anyone really think about where it comes from?

The answer lies in the most expressive and boldest community. These people live their lives to the fullest and say what they mean with a biting humour and vivid imagination. I mean you probably are already quite clued in just reading the title, say it with me, IT’S THE QUEER COMMUNITY! So, how did we end up here? Was it the gentle mixing of phrases into our unconscious minds that have been accepted as the trendy way to talk? Well, the answer might surprise you, because it sure did surprise me.

In the 1980s, 2SLGBTQIAP+ folks around the United States were still subject to oppression. If you’ve read my previous article, you’ll be well acquainted with how that all transpired. Just after the Stonewall Era, the government was up to its usual tricks. In an attempt to suppress and dissolve the growing community, anti-crossdressing laws were rigidly enforced. That wouldn’t dissuade the 2SLGBTQIAP+ community in New York, mostly comprised of Black and Latinx youth, who weren’t afraid to stand up, defy, and make it fun.

They responded with an underground subculture scene that would make a mockery of these laws and remind us how futile it is to worry about the uniformity of society’s appearance and the need to reproduce in perfect heteronormative family units. Unlike those previously aforementioned early humans, it really isn’t about our species surviving anymore, I mean have you seen the world population these days? We aren’t going anywhere, so let’s look to thriving!

However, as most movements starting up, it was about surviving for a key group of people. People who watched as their various social groups and governmental organizations tried to silence their existence and stifle their creativity. They wouldn’t be having that, as they began taking the New York Ballroom Dancescene by storm. They would cross-dress, compete, and live to their fullest to express themselves and vent their existential frustrations through pageantry. They developed personas, created something unique and really performed to their fullest.

There is nothing quite like a good show! Judges, dances, strutting, outfits as bright and shiny as the world are wild and varied. These shows were certainly something to behold. One of the most heartwarming parts I found was that they established “houses” that were simply groups with a prominent leader who acted as a parent to young queer children, who were at times so estranged from their biological families that they were living on the streets. This Ball Culture gave the ability to heal the community in ways that you wouldn’t believe.

With the pageantry came the performance. Often extremely playful and catty, this friendly competition came with incredibly expressive language. The contestants would backhand each other with witty quips that they would call throwing shade. They would talk about snatching each other’s wigs with jealousy. They would cause drama, refer to it as tea, spill it, dish it, you name it.

Most of these phrases also have an excellent quality. As alluded to the brief history overview, they share a deep and unique intersectionality with the Black community as well, whose language has a long history of being appropriated by others and stereotyped as “cool” or “trendy”. This intersectionality transcends all bounds when you consider the slang term, “it’s giving blank” (meaning “I am getting blank vibes from this subject”) is largely attributed to Rolling Ray, a queer Black disabled man! Watch here if you’d like to see. When it comes to everyday language, we can credit Black folks for gems like lit, salty, turnt, bae, and woke (respectively meaning amazing, irritated, drunk, significant other, and socially aware).

As the 2SLGBTQIAP+ movement gained acceptance in the United States, the language escaped the closed pocket and gained ground. When this happens, it is generally referred to as “appropriation”. It has a bad connotation, often associated with the language being used without permission. When it comes to the 2SLGBTQIAP+ community, they are much more open and forgiving about sharing their lexicon. Twitter and more recently, TikTok have served as accelerators for this process. You’re likely to see these phrases being popularized and perpetuated by young, white, cis girls en masse. The danger of unthinkingly using another culture’s language is that the language encapsulates something significant for that culture. When it comes to 2SLGBTQIAP+ folks, that language represents the safe haven the Ball Culture held for them, the space to be who they wanted to be, and take their grievances against oppression out in a positive and friendly way. They sowed entire worlds from their own personas, many of them struggling with mental health, trauma, and homelessness. To disregard this suffering and context and flattening their culture into a colourful caricature makes the pain sting that much more. It’s important to honour the sacrifices others have made to ensure the world makes the strides it does.

While the Ball Culture was a very different movement from the drag scene, the two movements are fairly synonymous nowadays with the advent of a phenomenon that took this language and scene to new frontiers. In 2009, RuPaul’s Drag Race hit television with RuPaul himself being a famous drag queen hailing from, imagine that, New York. RuPaul’s Drag Race opened up the ball/drag pageantry scene to wider audiences. Suddenly the whole world got an accessible view into the absolute vibrant culture associated with drag. It is also thanks to this show that 2SLGBTQIAP+ language has flourished.

There’s the man himself, giving the highest insight into the complexity of drag to everyone who ever wanted to switch on their TVs.

The question of how to handle this information is complicated. Depending on who you ask, it can be perfectly alright to use this language in common speech or it can be forbidden. For my general 2SLGBTQIAP+ friends, I will be saying these phrases sparingly, in good nature and with the absolute-most spirit in which they are intended with a humble reflection of where they come from, including the intersectional Black and Latinx origins. Of course, language is about sender and receiver, so you, like me, should be comfortable with the people you are speaking with to make sure that their comfort zones are respected. 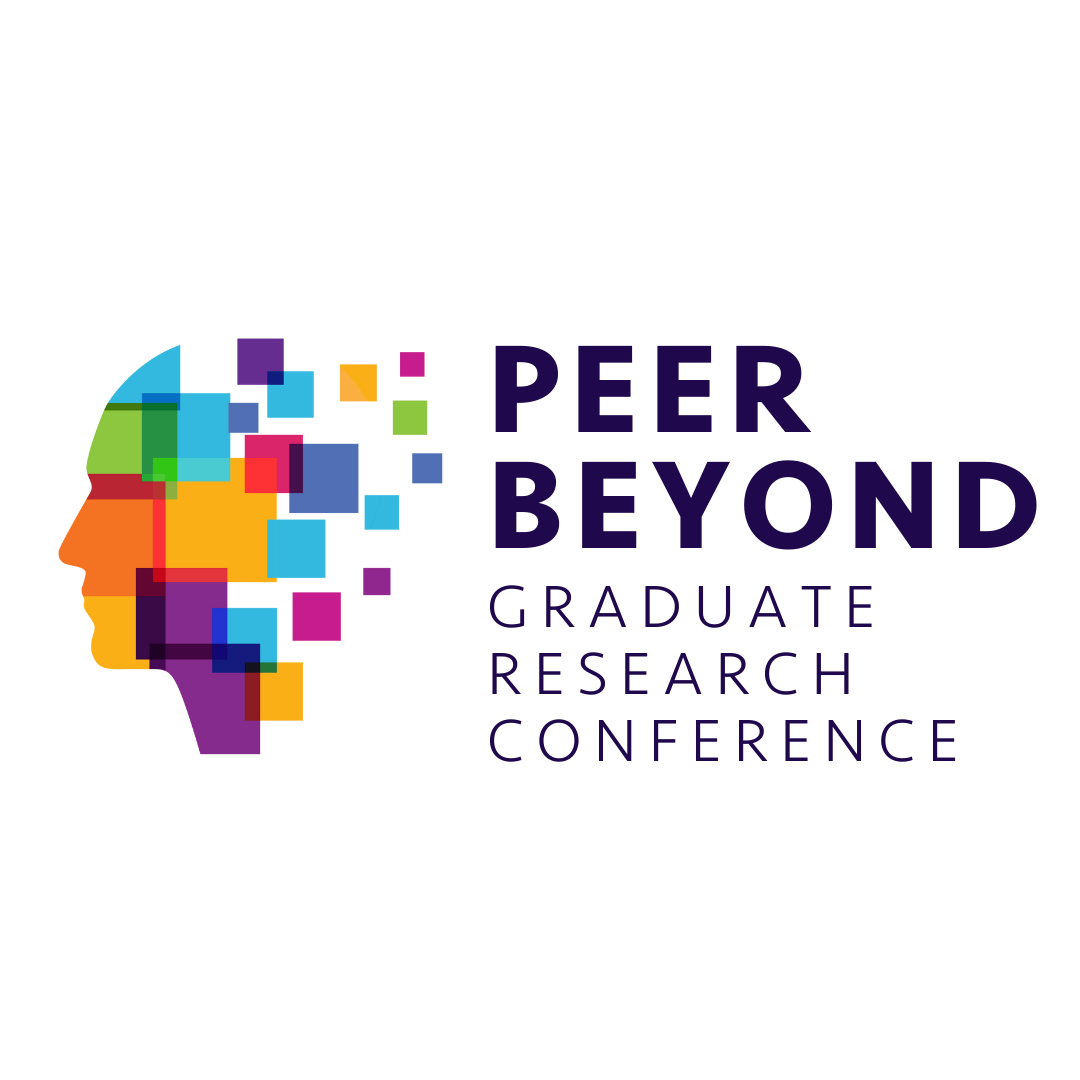